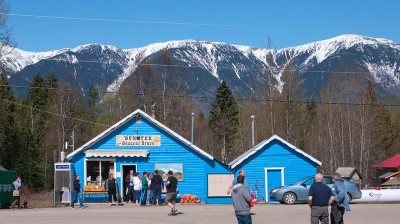 Dunster Post Office and the only general store in the valley

Named after a town in England by the railway during construction in 1913, Dunster remained settled after the building boom, and has flourished as a farming area ever since. It once had many dairy farms which sent cream out in cans by passenger train, until the highway and tanker trucks replaced that in the late 1960s. In recent decades most have changed over to beef farming.

The Dunster Community Hall, located on the uphill side of the highway, hosts a community market on Saturdays 11 am–1pm, July to September, where one can find home baking, garden produce, crafts, flea market items and barbequed lunches. The community also hosts the world famous Ice Cream Social and dance on the Saturday evening closest to July 1–an annual event not to be missed. 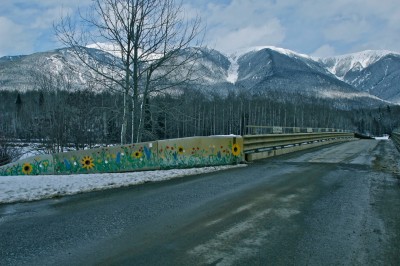 For a scenic drive to ‘downtown’ Dunster turn west onto the paved Dunster Station Road, down to the picturesque Flower Bridge across the Fraser River. Whenever the highways department painted the bridge white, local women decorated it with flower paintings. There is less structure to paint on now, but the tradition carries on. Nearby is the home of the annual Robson Valley Music Festival, held in August.

At the “T” intersection turn left onto Dunster-Croydon Road and follow the road less than 1 km until you come to the Dunster Schoolhouse, then Dunster’s quaint country general store and post office open daily, and its restored 1913 railway station, open in summer at the VIA Rail flag stop. The Dunster Schoolhouse, formerly the Dunster School of Fine Arts, is the site for many community education and arts events, including touring concerts. For local information visit www.dunsterbc.net 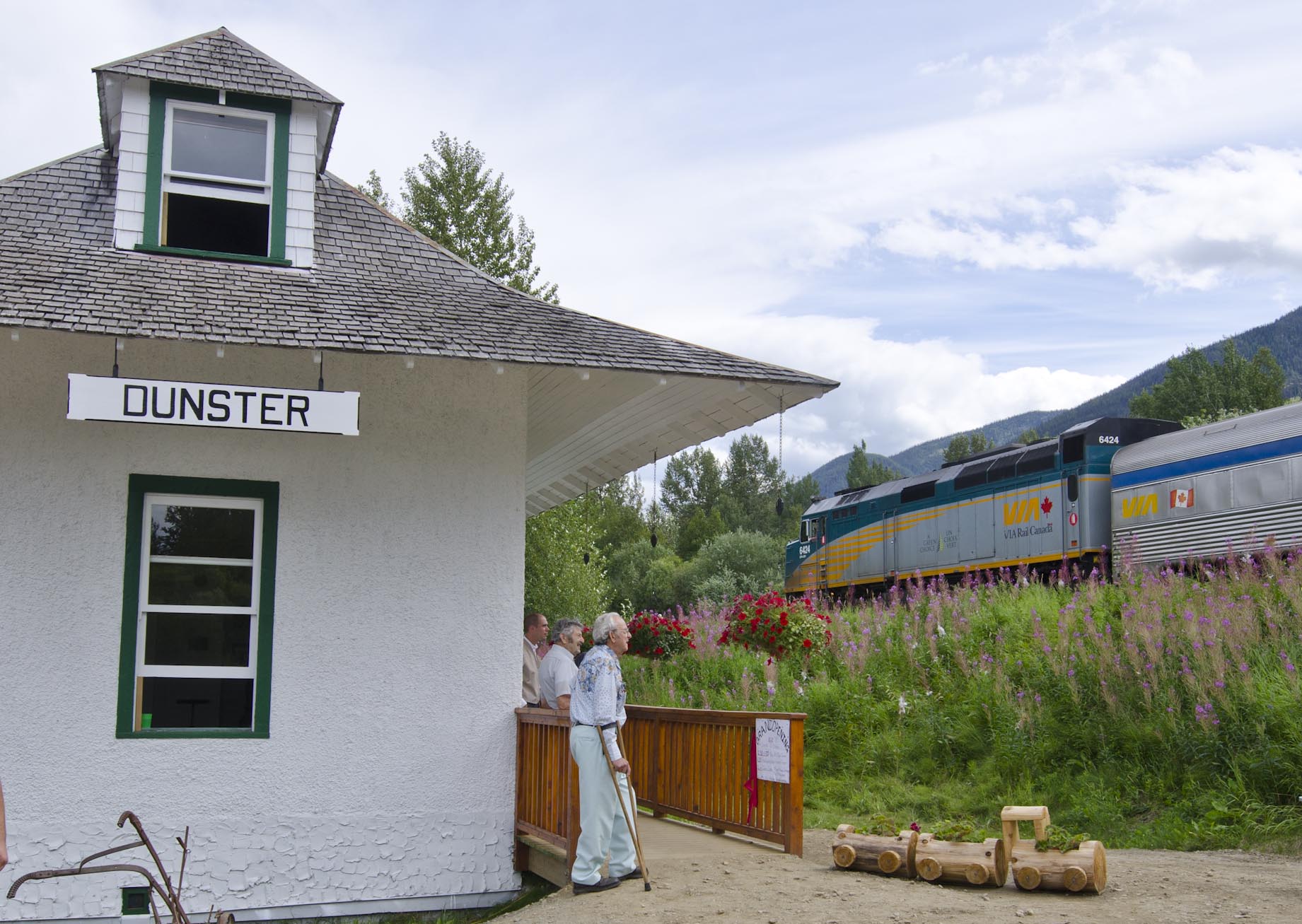