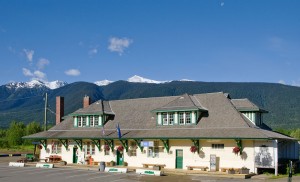 The Grand Trunk Pacific Railway company laid out the townsite in a standard GTP design with the station as the focus of Main Street, flanked by two parks, and it remains the same to this day. The present station was completed in 1919 on the sturdy foundations of the original, which was lost to fire in 1918.

Meeting the passenger train was major entertainment for villagers. With rail as the only viable way in and out for many years, the station was where one went to wait for the mail, ship milk and cream, pick up supplies, send a telegram, have a good feed at the 24-hour Beanery Restaurant, or just catch up on gossip. 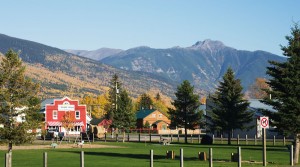 Canadian National, owner of the railway, moved the last of its operations out of the building in 1989. The Canadian government designated the station a heritage building, and the Village of McBride purchased it in the early 1990s.

Much of the ground floor of the station has been renovated along 1920 lines with locally grown and milled wood. The station is again a gathering place, the home of the Visitor Information Centre and a new beanery. The art gallery is an attraction with work by local artists and artisans, and VIA Rail’s year-round passenger trains continue a century of service to McBride. 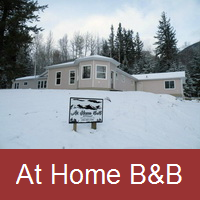